A former French intelligence officer linked to a plot to kill an opponent of the Congo-Brazzaville’s president has been found shot dead.

Daniel Forestier’s body was found with five bullet wounds to the head and heart in a remote car park on the shores of Lake Geneva.
He had worked in the General Directorate of External Security, France’s equivalent of Britain’s MI6.
French police say they are treating the killing as a professional hit.
In September, Mr Forestier was charged – together with a former directorate colleague – of plotting to kill General Ferdinand Mbaou, the former head of Congo’s presidential guard.
Gen Mbaou, seen as an opponent of President Denis Sassou Nguesso, has been living in France for 20 years. Three years ago he survived being shot in the back.


‘He never gave details of what he did’

Mr Forestier, the author of several spy novels, had denied being involved in any plot against Gen Mbaou, but French police believe there may be a link between that and Mr Forestier’s brutal killing.
Lawyers for Mr Forestier and the colleague charged along with him say both men had feared for their safety after news of the alleged plot and their identities were shared on social media.
A local radio station in Haute-Savoie, France Bleu, said that Mr Forestier lived in the village of Lucinges, nine miles (15 km) from where his body was found, with his wife and two children. He had served as a local councillor until he was placed under investigation last September.
“He’d written several spy novels, but he never gave us any details of what he did,” Jean-Luc Soulat, the mayor of Lucinges, told France Bleu.
“He was very well settled here. He ran a bar-tobacconist here and only 15 days ago he helped me organise the opening of a village hall.”
French newspaper Le Monde reported that Mr Forestier had been heard admitting that he was part of a group formed to kill Gen Mbaou, who was in a town north of Paris, but told investigators that he later realised the plot was “not possible”. 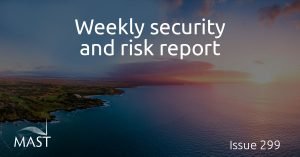