By Vanda Felbab-Brown
On June 8, the Somalian terrorist group al Shabab overran a military base in Puntland’s town of Af Urur, killing between 38 and 61 soldiers (with the government of Puntland reporting the lower number and al Shabab the higher, as is often the case) and injuring others. The assault came days after the government of Puntland, in Somalia’s northeast, sentenced members of al Shabab to death. The militants had been captured on April 26 as they tried to carry out a large bomb attack in Bosaso, Puntland’s key commercial hub and a crucial port in the region.
Over the last two years, several kinds of conflicts have been brewing and intensifying in Puntland, allowing the al Qaeda–aligned al Shabab and its rival splinter Islamic State in Somalia (ISS) faction to mount increasingly prominent operations. In the wake of the Af Urur attack, Puntland’s government has called on both the international community and the federal government in Mogadishu to help rid the region of jihadists.
To continue reading, please click here.
Source: https://www.foreignaffairs.com/ 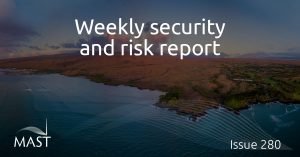