In the Gulf of Guinea, two incidents have been reported in the period observed, including one hijacking which is believed to have resulted in the kidnap of crew members. In Nigeria, the government is to create a panel to investigate oil theft. The US has donated a patrol boat to Benin to assist with the country’s maritime security.

In the Indian Ocean Region, the EU has extended the mandate of EU NAVFOR Operation Atalanta until 2024. It will also operate in the Red Sea, providing further maritime security coverage for shipping. Iran’s IRGC has seized a fuel smuggling vessel and arrested 12 crew.

In European waters, Ukraine has lodged a list of complaints against Russia in the Black Sea. Ukraine is deeply concerned with illegal exports of oil products and maritime safety. 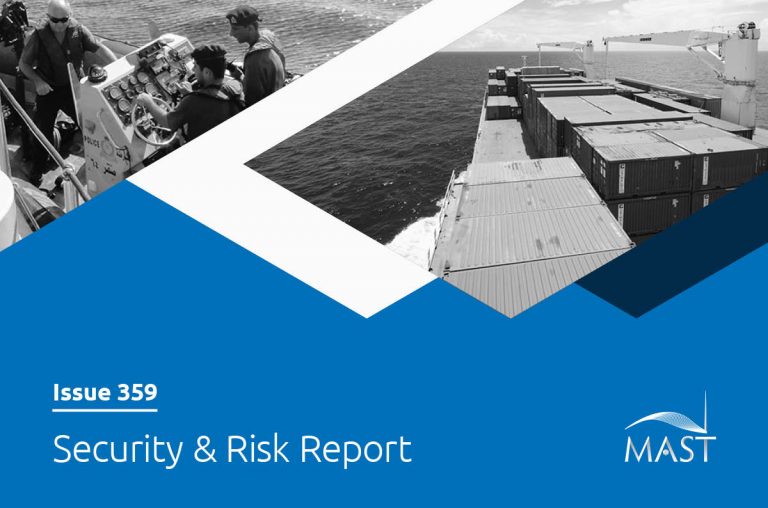