Mr Sirisena said Zahran Hashim, a radical preacher, died at the Shangri-La hotel in the capital, Colombo.
He said Hashim led the attack on the popular tourist hotel, accompanied by a second bomber identified as “Ilham”.
At least 250 people died in the wave of bombings on Sunday, which targeted churches and hotels in Colombo.
Mr Sirisena also said that Sri Lankan intelligence services believed around 130 suspects linked to Islamic State (IS) group were in the country and that police were hunting 70 who were still at large.
The president did not clarify what role Hashim took in the Shangri-La bombing – one of six attacks on Sunday that terrorised Sri Lanka.
Sri Lankan authorities have blamed a local Islamist extremist group, National Tawheed Jamath, for the attacks.

Who was Zahran Hashim?

A previously little-known domestic radical, Hashim gained some local notoriety a few years ago as part of a group which defaced Buddhist statues. He subsequently found a following on YouTube, where he posted videos calling for violence against non-Muslims.
In the days after the Easter Sunday attacks, he appeared in a video released by IS in which seven men – thought to be some of the bombers – pledged allegiance to the group. Hashim was the only one to show his face.
But it was not clear whether Hashim had been in direct contact with IS or if he had simply pledged allegiance to the group, which has claimed it was behind the attacks.
Hashim was from the coastal Sri Lankan town of Kattankudy. There, earlier this week, his sister told the BBC she was horrified by what her brother had done.
“Even if he is my brother, I cannot accept this. I don’t care about him any more,” she said, adding that Hashim had been in contact with her until about two years ago, when he went quiet.

President Sirisena told reporters that police were still hunting a number of IS suspects, but it was not clear if others believed to be linked to the attacks had been detained or had fled the country.
The president added that Sri Lanka’s police chief, Pujith Jayasundara, had resigned over the bombings. His departure follows the resignation of the country’s top defence ministry official, Hemasiri Fernando.
Sri Lankan officials revised the death toll from the bombings down by about 100 on Thursday, to 253, blaming the difficulty in identifying body parts at bomb scenes. But the move raised questions over how the previous estimate could have been so inaccurate.
The bombings exposed a massive intelligence failure by Sri Lankan authorities after it emerged police and some government departments had received detailed warnings about possible attacks on churches.
The country’s Catholic Church has announced the suspension of all church services.
In Negombo, a community of Ahmadi Muslims from Pakistan as well as some Christians and Afghan nationals have been ejected from their homes by landlords. Rights activists say the Ahmadi community, as foreign Muslims, could face reprisal attacks.
The Sri Lankan government has said it will search schools, in one of a series of announcements designed to address public anxiety in the aftermath of the attacks.
Emergency powers announced declared on Monday continued, allowing police to detain and interrogate suspects without court orders.
Sri Lanka’s finance minister, Mangala Samaraweera said on Friday there were fears the country’s lucrative tourism industry could see a fall in arrivals of up to 30% this year – a loss of $1.5bn (£1.2bn).

Who were the attackers?

Nine people are suspected of carrying out the attacks. Two of the bombers are said to have been the sons of spice trader Mohammad Yusuf Ibrahim, one of Sri Lanka’s richest men. Mr Ibrahim was detained and questioned after the attacks.
One of his sons was reportedly the bomber at the city’s Shangri-La hotel – alongside Hashim, according to President Sirisena. The other son reportedly targeted the restaurant at the high-end Cinnamon Grand hotel, a short distance away.
A woman said to be a wife of one of Mr Ibrahim’s sons detonated explosives during a police raid at the family’s villa on Sunday. Several people, including children and three police officers, were reportedly killed in that blast.
According to the Sri Lankan government, most of the attackers were “well educated” and had come from “middle- or upper middle-class” families.
Another of the alleged bombers studied in the UK, a senior Whitehall official told the BBC. Abdul Latif Jamil Mohammed studied aerospace engineering at Kingston University in 2006-7 but did not complete a full degree.
Source: bbc.co.uk 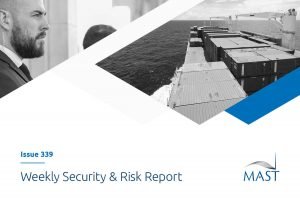