In the Gulf of Guinea, the Nigerian Navy has interdicted a group who were smuggling cannabis and one incident was reported during the period observed. Ghana, Benin and Togo have agreed to take steps to combat illegal fishing, with joint patrols and greater information sharing. Security personnel in Rivers State report that they have dismantled 27 illegal oil refinery sites in the past week.

In the Indian Ocean Region, HMS Montrose has made another major drug seizure at sea. The heroin and other drugs have an estimated street value of $18 million. Pakistan and the US have held joint naval exercises in the region, while India has seen its major XPL 2022 exercise come to an end.

In European waters, Irish police and Customs have seized €3.1 million worth of drugs at Dublin port. There have been no significant reports of crossings in the English Channel, but the Mediterranean has seen well over 1,000 people rescued at sea in the past week. 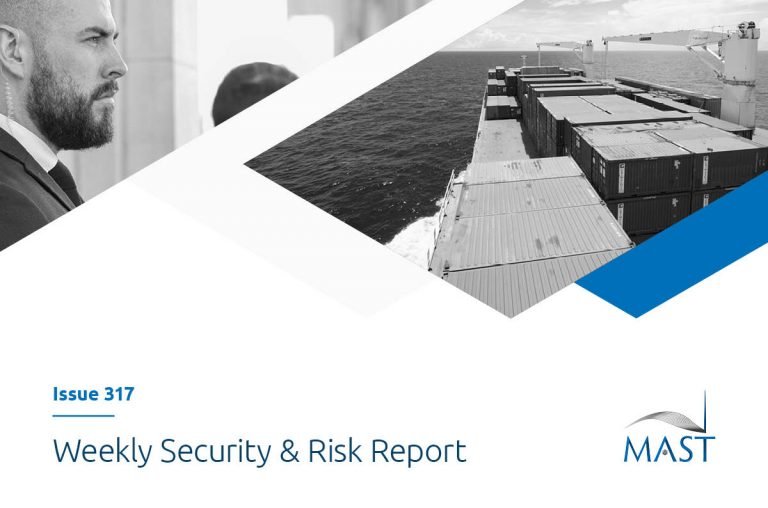