In the Gulf of Guinea, while piracy offshore has reduced, there are growing calls from local fishing communities for firmer action against ‘sea pirates’ who are robbing and kidnapping locals. Akwa Ibom appears particularly affected; in mid-July, 28 fishermen were kidnapped in one incident. Nigeria’s ongoing battle against illegal oil refineries continues, with further gains made in the last few weeks. Nigeria’s illegal narcotics agency reports an increase in smuggling attempts in Delta lagoon channels, as security at sea ports improves.

In the Indian Ocean Region, Pakistan announced plans for fishing vessels to receive VMS equipment, while Iran has announced a new range of ‘stealth’ vessels. India, France and the UAE have held talks on boosting maritime security cooperation in the region.

In European waters, the first grain export bulker has left Ukraine bound for Lebanon, as insurers stepped in to provide cover. A further 16 vessels are reportedly ready to leave port. In the English Channel, large numbers of people have crossed from France to the UK in small boats in the past week. 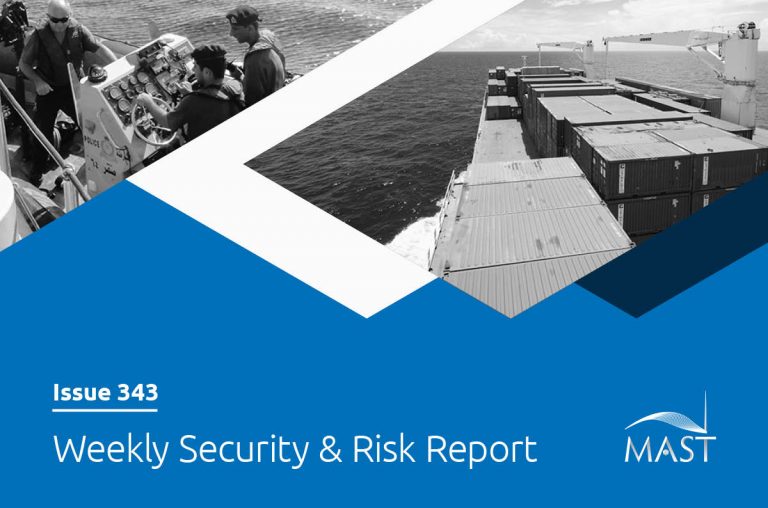