In the Gulf of Guinea, the Italian Navy has arrived in the region on counter piracy duties, while Nigeria’s Union of Journalists has highlighted the fact that local fishermen are being forced to pay ‘taxes’ to local pirate gangs to prevent them being attacked at sea.

In the Indian Ocean Region, Iran has once again interfered with US Navy unmanned surface drones. A US Coast Guard vessel working with the Combined Maritime Forces has intercepted an illegal narcotics shipment worth an estimated $20 million. Iran claims to have foiled another pirate attack in the Red Sea.

In European waters, exports from Ukraine continue without major incident. Turkish fishing vessels are providing protection from loose naval mines for drillships in the region. The UK has again seen large numbers of people cross the English Channel from France in small boats. 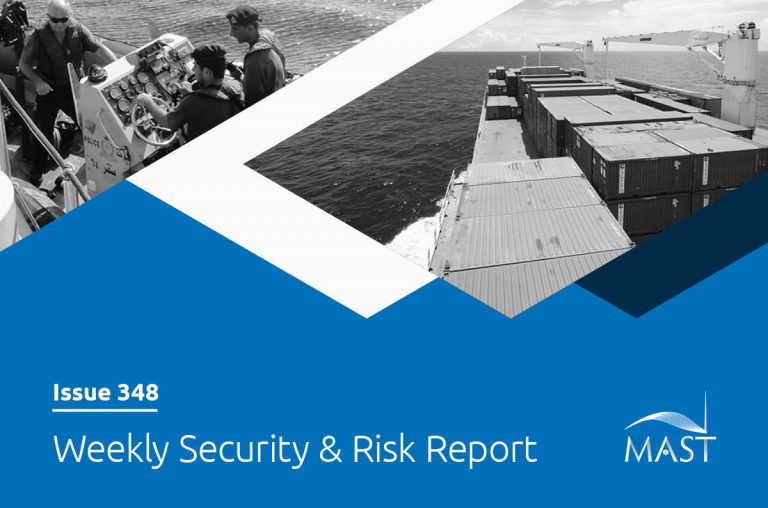