In Maritime news, in the Gulf of Guinea, there have been calls for a more united international response to the issues of piracy and other maritime crimes, by 29 nations in the region. Nigeria’s anti-drug agency, the NDLEA, has reported significant success against traffickers. They say that improved security has meant that gangs are now using other countries as access points. The Nigerian Navy has announced greater collaboration is planned between it and France.

In the Indian Ocean Region, the US Coast Guard, working with the Combined Maritime Forces, has made a major heroin seizure at sea. Iran and Kenya have discussed synergy in maritime security in the region.

In the Black Sea, there are continuing concerns over Russian efforts to ship stolen commodities out of Ukraine, with Iranian-controlled tankers accused of transporting Russian oil out of the region. Discussions on easing the blockade to allow Ukrainian exports remain deadlocked.

In Land news, Somalia’s drought conditions continue to worsen, with the UN warning of dire conditions for 7 million people. Al Shabaab has continued its attacks, although the US has mounted its first airstrike against the terror group since announcing that its forces would return to the country. In Yemen, al-Houthi rebels and the Saudi coalition have announced an extension to their current truce, which has been welcomed by the international community.

In UK security news, there have been several counter-terrorism trials in the past week, while experts warn that the threat has moved from group actions to lone wolf attackers.

In global news, Russia’s ongoing invasion of Ukraine remains focused around Severodonetsk and the Donbas region, with both sides taking territory in recent days. 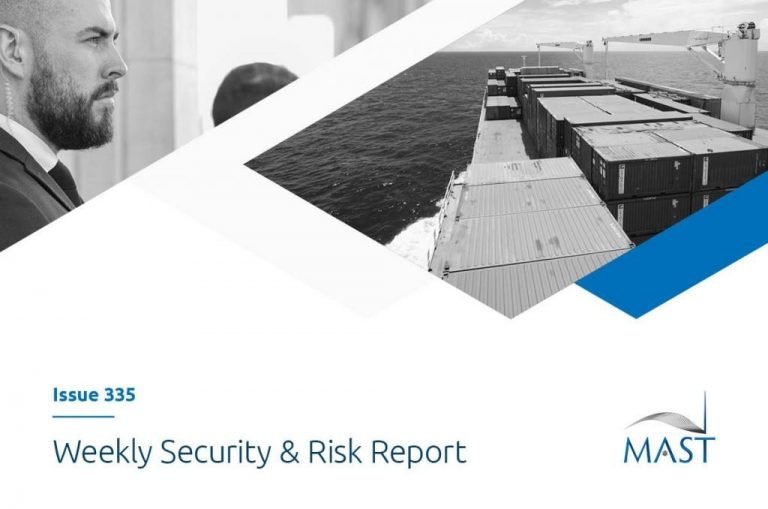