In the Gulf of Guinea, Nigerian politicians are pressing the government to do more to combat illegal oil refineries in Rivers State, citing health concerns about toxic soot. NIMASA has appointed a new Maritime Guard Commander, who will liaise with the Nigerian Navy. A new sea port is to be constructed in Ogun.

In the Indian Ocean, the Royal Navy has interdicted an illegal narcotics shipment, seizing over 6500kg of hashish, worth an estimated $9 million. Israel is to patrol the Red Sea, with surveillance assistance from the US.

In European waters, the Russian invasion of Ukraine has seen a number of merchant vessels damaged in the Black Sea region. The MV Helt has sunk after she reportedly struck a naval mine and one crewman died after an incident onboard his ship off Olvia. Migration to the UK via the English Channel has seen an increase in the last week. 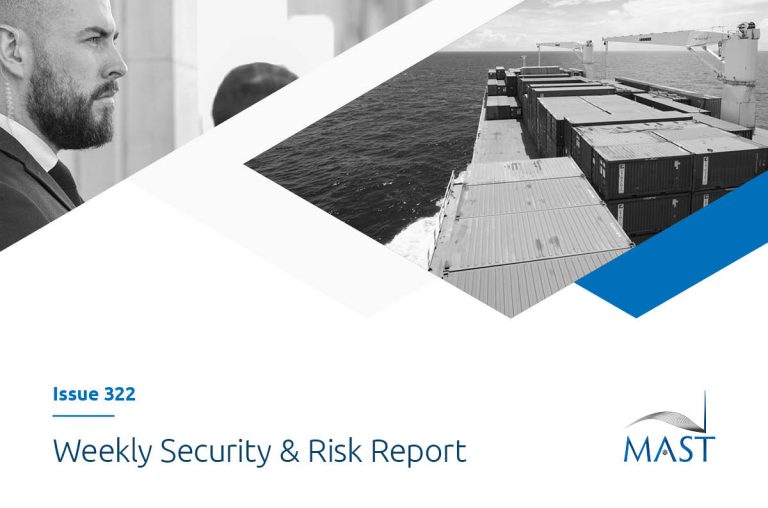