In the Gulf of Guinea, former MEND commander, Tompolo, has seen major success with his pipeline security companies. Personnel from one have arrested a VLCC tanker accused of smuggling stolen crude in Delta State. There was widespread concern, after a 4km pipeline used to tap Nigeria’s oil feeds was discovered. Equally shocking was the news that it had been active for nine years.

In the Indian Ocean, the UK Royal Navy, acting with the CMF, has seized around £15 million in illegal narcotics. The Royal Navy and US Navy has held drills to test unmanned surface vessels in the region. Iran, Pakistan and Oman have announced a new maritime security centre for the region.

In European waters, the investigation into the attack on the Kerch bridge in Crimea continues. The UN reports that over 6 million tonnes of agricultural produce have been shipped from Ukraine using the Grain Corridor. French rescuers picked up over 360 people in the English Channel. 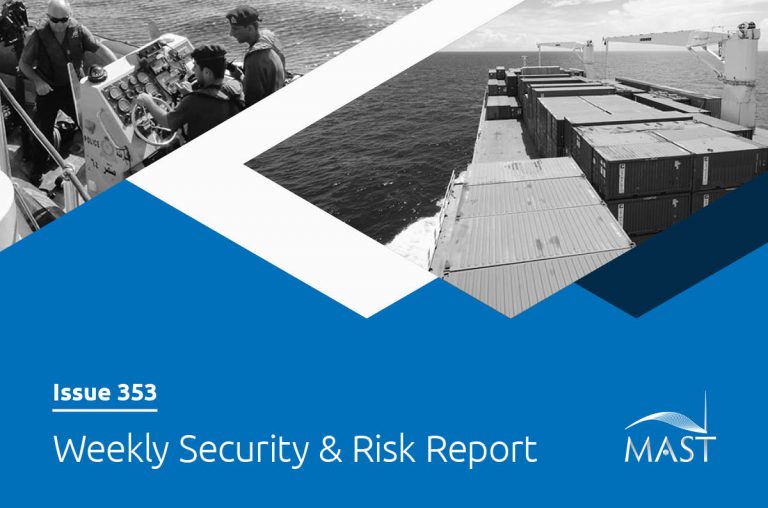