In Maritime news, the Nigerian Navy’s operation to combat illegal oil refineries and bunkering has continued to produce positive results. However, the number of arrests and seizures illustrates the scale of the problem the country faces. NIMASA has announced that it is to receive a $2.4 million donation to its Deep Blue maritime security project from Japan.

In the Indian Ocean Region, the Combined Maritime Forces has launched the new Task Force 153, which will enhance security for shipping in the Red Sea, where Houthi rebels have posed a threat. In European waters, the Russian invasion of Ukraine continues to affect shipping in the region. While Russia comes to terms with the loss of its Black Sea Fleet flagship, Moskva, there are reports that the UK plans to send Ukraine Brimstone anti-ship missiles to assist with its defence.

In Land security, it is reported that the UK plans to reduce security checks for new airport staff in an attempt to reduce personnel shortages. There are reports that the UK Police National Common Intelligence Application had serious flaws when launched, according to an investigation. In London, High Net Worth Individuals continue to be the subject of robbery: boxer Amir Khan was robbed at gunpoint while out with his wife.

In global security news, Australia, New Zealand and the US have raised concerns over the recent security agreement between China and the Solomon Islands, while Libya continues to experience difficulties in its oil sector. 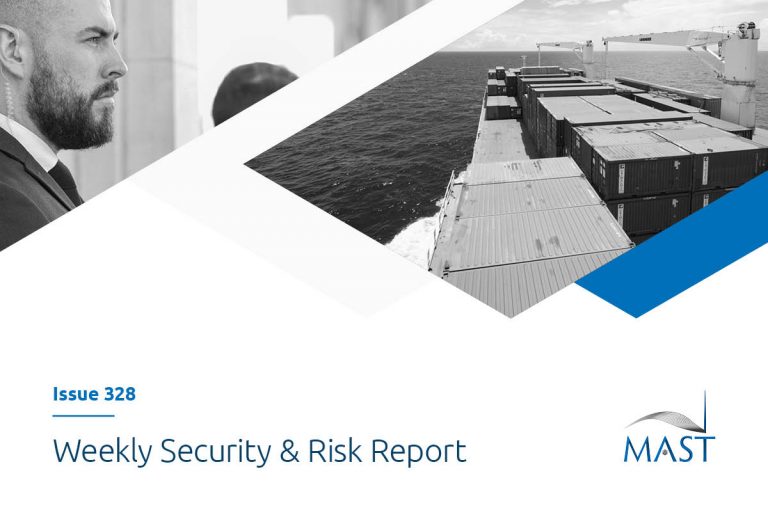 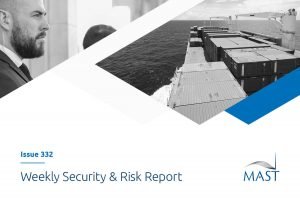 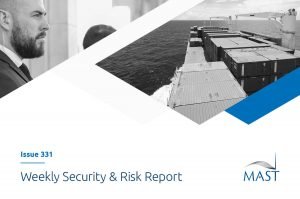 MAST’s weekly security report issue 331 is available to read now. In Maritime news, the authorities in Denmark have charged a suspect in connection with 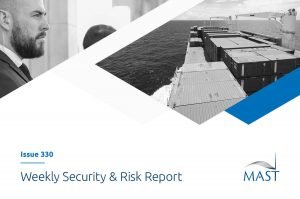 MAST’s weekly security report issue 330 is available to read now. In Maritime news, it was reported that a vessel had been boarded in the