In the Gulf of Guinea, one maritime incident has been reported for the period observed. The Indian Navy has conducted joint drills with the Nigerian Navy in the Gulf of Guinea for the first time as part of its anti-piracy operations in the region. NIMASA has been urged to use GMDSS to track suspicious vessels, following reports the AIS transponders are being switched off in the country’s waters.

In the Indian Ocean Region, Japan and Indian navies have taken part in exercises in the Bay of Bengal, while a shipment of heroin has been intercepted off Gujarat. The Combined Maritime Forces are conducting an exercise in the Seychelles.

In European waters, Lloyd’s List reported that the majority of vessels being used to export grains from Ukraine were over 20 years old, as shipping companies remain unwilling to risk newer ships in the route. The UK has again seen significant numbers cross from France via small boats, as weather conditions remain favourable. 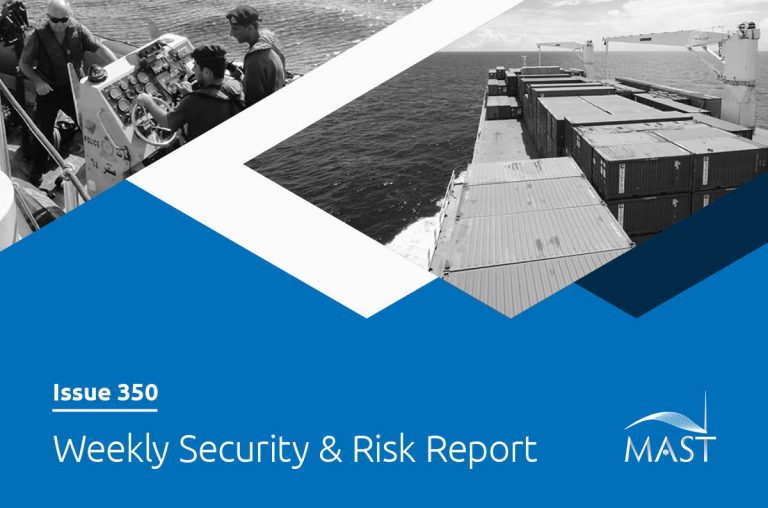