In Maritime news, in the Gulf of Guinea, the Nigerian Navy continue operations to deactivate illegal oil refineries, with further successes reported in the last 14 days. NIMASA has received new vessels and UAVs to assist its Deep Blue maritime security efforts. An oil company security provider has made a series of arrests of suspected oil thieves in Bayelsa State.

In the Indian Ocean Region, a suspicious approach was reported  by UKMTO in the Southern Red Sea. A MT was approached but armed security onboard made their presence known. The Indian Coast Guard has seized 56kg of heroin at sea and the IRGC Navy has disrupted a fuel smuggling network.

In the Black Sea, reports suggest that Ukraine has destroyed a Russian Rescue Tug using Harpoon missiles for the first time. In the English Channel, large numbers of migrants have continued to cross from France to the UK in small boats.

In Land news, Somali forces have fought with Al Shabaab terrorists in a number of operations. Kenya and Somalia continue diplomatic efforts after small setbacks. In Yemen, the truce holds but small pockets of violence remain.

In UK Security, a man has been arrested on suspicion of spying for Russia, and police have offered counter terrorism guidance to people attending the Glastonbury festival this week. There have been several counter terror arrests. 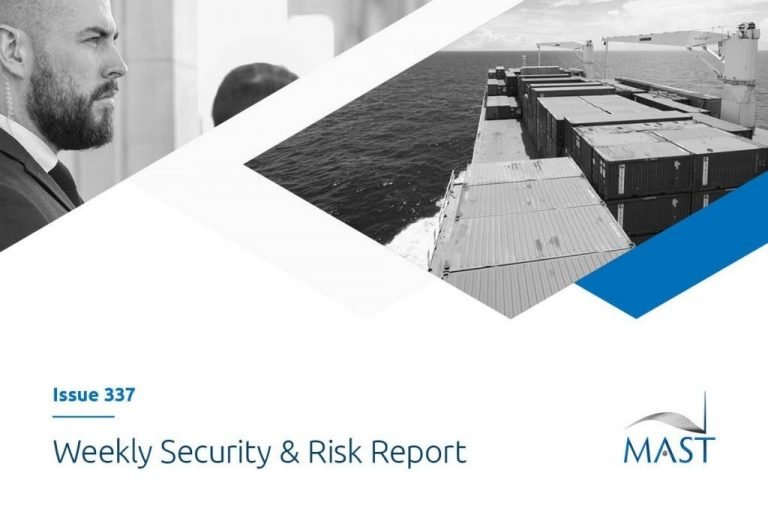