In the Gulf of Guinea, the USCG Cutter Mohawk has arrived in Nigeria as part of a visit which will include counter piracy operations in the region. A tanker has been arrested by the Nigerian Navy for alleged involvement in crude oil theft from the country, while marine police have disrupted an attempt to kidnap boat passengers by pirates.

In the Indian Ocean Region, it has been announced that the HRA will be removed as of January 1st 2023. At the same time, Operation Atalanta is due to end, meaning there will be a reduction in the naval presence in the IOR. Iran has announced plans to extract oil from a field it shares with Saudi Arabia.

In European waters, the humanitarian grain corridor continues to prove successful in the Black Sea. Some 33 ships have now left Ukrainian ports carrying agricultural products. The threat of sea mines remains, however, with several fatalities at beaches in Odessa in the past week. In the English Channel, large numbers of people continue to cross from France to the UK in small boats. 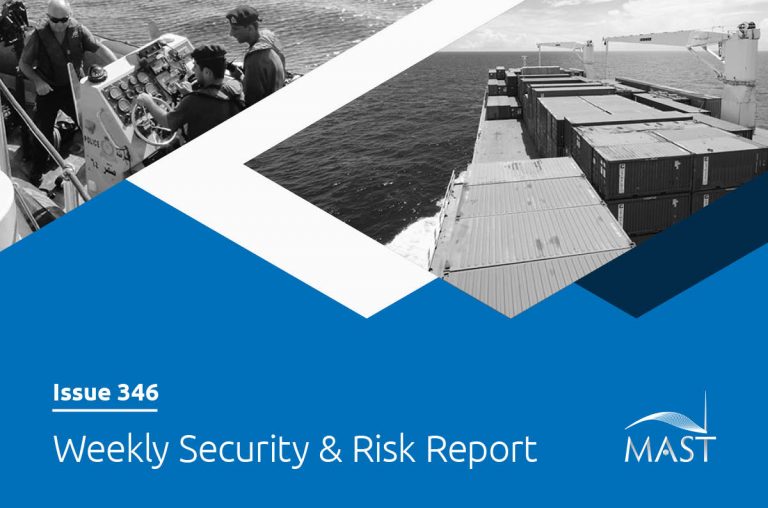