In Maritime news, in the Gulf of Guinea, the Nigerian Navy has continued its operations to reduce oil theft in the country, with a further six million litres of stolen oil product recovered and over 167 illegal refineries destroyed in a three-week period. In addition, the Navy also rescued a group of hostages who had been kidnapped from a local Niger Delta waterway by pirates.

In the Indian Ocean Region, Iran claimed to have foiled a new pirate attack against one of its merchant vessels, while two incidents were reported last week, including one in the Red Sea involving a yacht.

In European waters, more people have crossed the English Channel in small boats, with 600 arriving last weekend. In the Black Sea, efforts are underway to negotiate a means which would allow Ukraine to export some of its grain stores from Odessa to relieve the global food crisis.

In Land news, Somalia has returned $10 million to the UAE which had been seized from a private plane in 2018. President Hassan Sheikh Mohamud has been sworn in to office in Somalia, and Al Shabaab has continued attacks against Somali forces this week. In the UK, there have been a number of counter-terror trials involving teenagers, with one 14-year-old sentenced. Government advisers have urged the Home Office not to lose focus on the threat posed by right wing extremism. 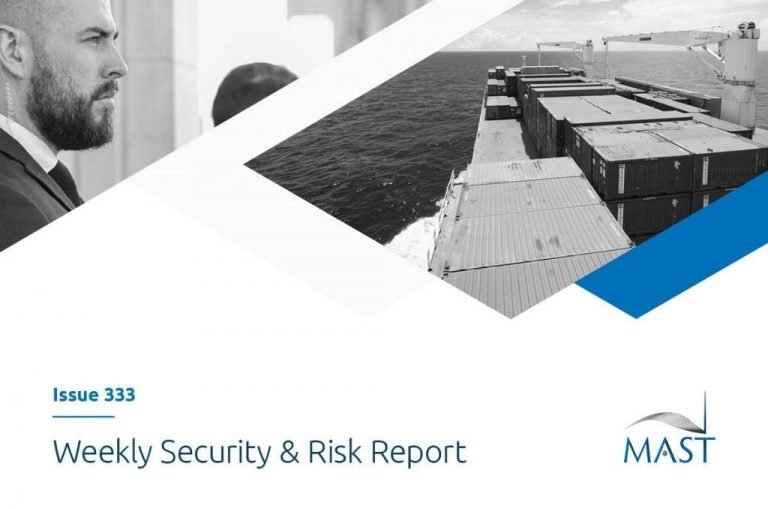