In the Gulf of Guinea, MDAT-GoG reports that a vessel was hijacked and oil cargo stolen before pirates fled the ship. There are reports that a pirate group holding around 12 hostages have threatened to kill them unless ransoms are paid quickly. Illegal oil refineries are once again an issue, as the pollution they cause are becoming a problem for locals.

In the Indian Ocean Region, Iran, China and Russia have conducted naval drills. The Royal Navy, as part of CTF 150, has made a major narcotics seizure in the Gulf of Oman. One vessel reported three suspicious boats with an apparent mothership also sighted.

In European waters, a large number of people have again crossed the English Channel, with rescuers picking up at least 100 people at sea. The situation in the Mediterranean is similar, with hundreds of migrants rescued in the last week. 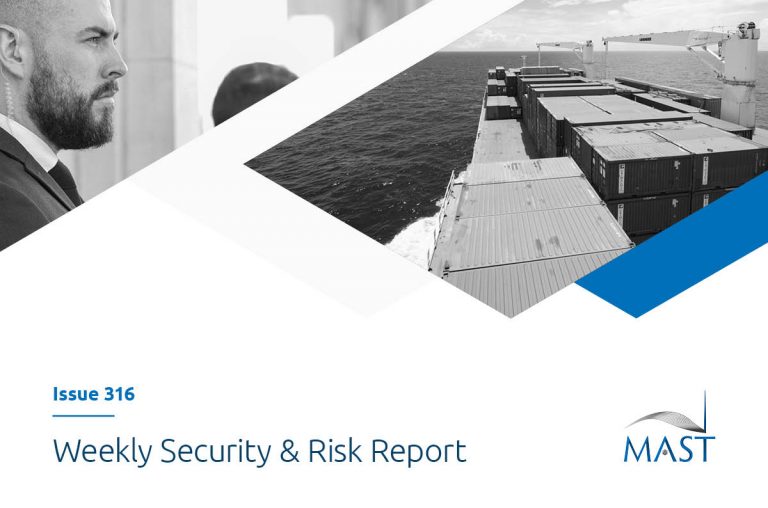