In the Gulf of Guinea, Nigerian media has been discussing the threats fishing communities face from ‘sea pirates’ in local waterways in Bayelsa State, where kidnap and robbery are ongoing. The Nigerian and Brazilian navies have conducted joint drills, while the Director of Legal Services for the Nigerian Navy has warned that low sentences given to those convicted of piracy are counterproductive.

In the Indian Ocean Region, the Indian government is to consider the country’s first proper piracy legislation. Interpol is conducting a port security effort across the African continent, while it is reported that China plans a new military base in Madagascar.

In European waters, the Ukrainian grain corridor deal was somewhat overshadowed by a Russian missile strike on the port of Odessa. A number of NATO countries have taken part in the Breeze 2022 maritime exercise off Bulgaria. Israel has reportedly sunk a vessel being used to ship illegal weapons to Hamas. 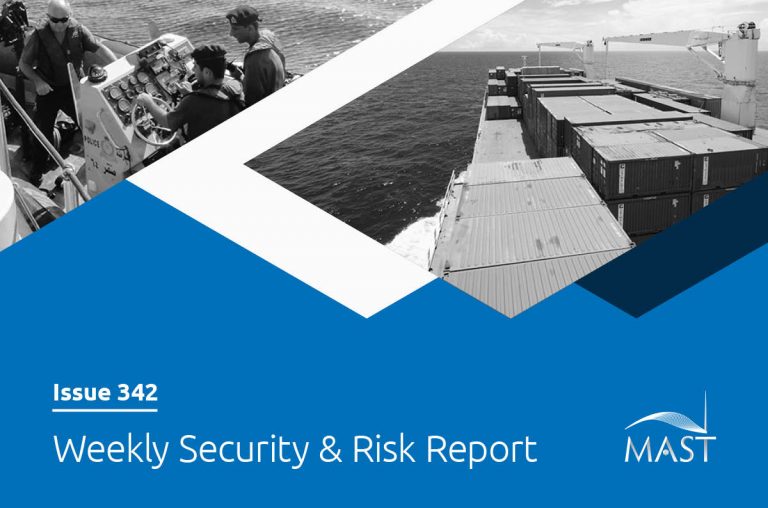