The past week has seen the Russian Navy come to the aid of a vessel in the Gulf of Guinea, after it was boarded by suspected pirates. The pirates fled after seeing a Russian Navy helicopter approach the ship. HMS Trent has arrived in the Gulf, to assist with marsec duties. In the waters off Senegal, a large drug seizure was made with the assistance of the French Navy.

In the Indian Ocean Region, MAST draws the attention of Masters and CSOs to two reports that Saudi coalition forces have destroyed five Houthi boat bombs over a two-day period, suggesting the rebel group is increasing its efforts to disrupt traffic in the Red Sea and BAM.

In Europe, there have been no reports of wide scale Channel crossings, however, large numbers of migrants continue to put to sea in the Mediterranean. 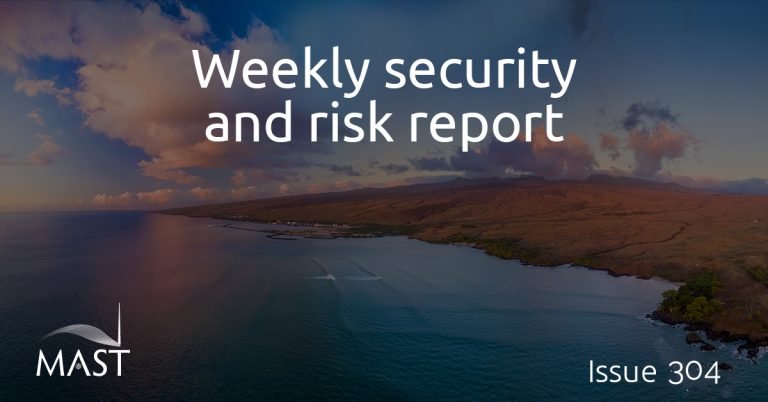