In the Gulf of Guinea, the Navy has again complained that they face legal challenges when prosecuting arrested vessels. The Chief of Naval Staff has also questioned some of the figures being used to illustrate the scale of oil theft in the country. There has been one incident reported in the region for the period observed.

In the Indian Ocean Region, Iraq, Kuwait and the US navies have conducted joint patrols in the Arabian Gulf, while insurers have played down suggestions that rates may drop quickly in the region with the removal of the HRA in January 2023.

In European waters, the grain corridor in the Black Sea continues to see success, with over one million tonnes of agricultural produce now having left Ukraine. The UK Ministry of Defence has reported that over 25,000 have crossed the English Channel in small boats so far in 2022. 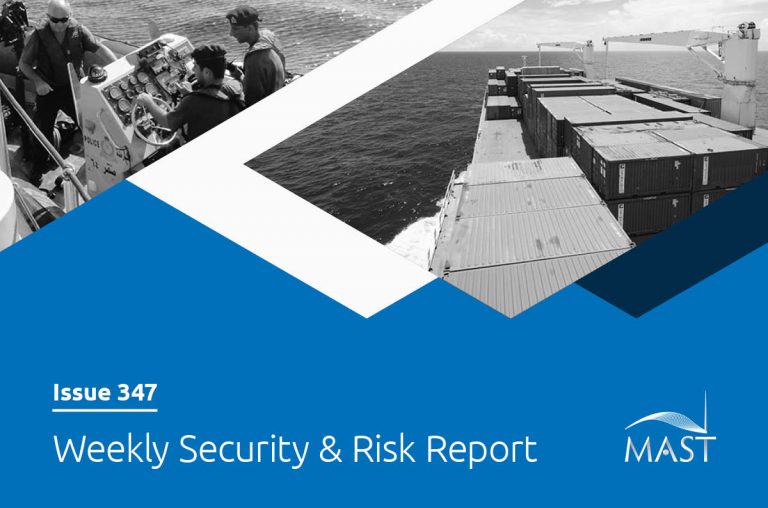